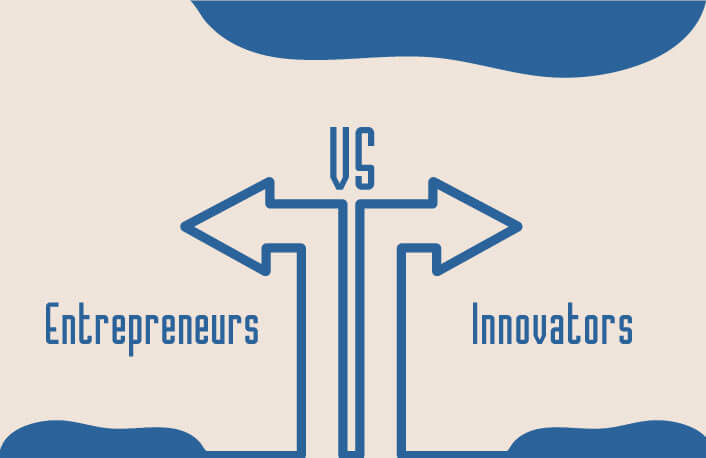 Entrepreneurs are initiators and risk bearers. They create business startups and find unique ways to produce products and services with the best combination of resources.

Entrepreneurs are good leaders. They are goal-oriented, self-Disciplined, and persistent. Despite all this, they are innovators as well. It’s because they always focus on a new production or employing a new production or distribution technique within a business.

Entrepreneurship is not just limited to a single individual in today’s growing technological era. It is just as likely to be carried out by entrepreneurial teams. Such teams may merely comprise two or 3 individuals who work on some new product idea as their own bosses or may consist of larger groups of entrepreneurs who have pooled their resources.

They are other key people involved in the search for innovation who do not bear personal financial risk. These include top managers, researchers, and other employees engaged in corporate work.

Sometimes they are called intrapreneurs because they bring the spirit of entrepreneurship within the existing business entities. It is hard to anticipate the future, but innovators try to do so. Those with strong anticipatory ability and determination have an ability for introducing new and improved products or services at just the right time. We sometimes call them other innovators as well because entrepreneurs are also innovators as we discussed earlier.

History has created many innovators who innovated the existing products and amazed the world. Here we see a few examples of famous innovators. Steve Jobs – Founder of Apple who played his role in the computer revolution and founded an iPod and the iPhone. Nikola Tesla – A great engineer who helped Tesla develop the AC electrical delivery system.

Let’s precise the above differences with the help of the following infographics. 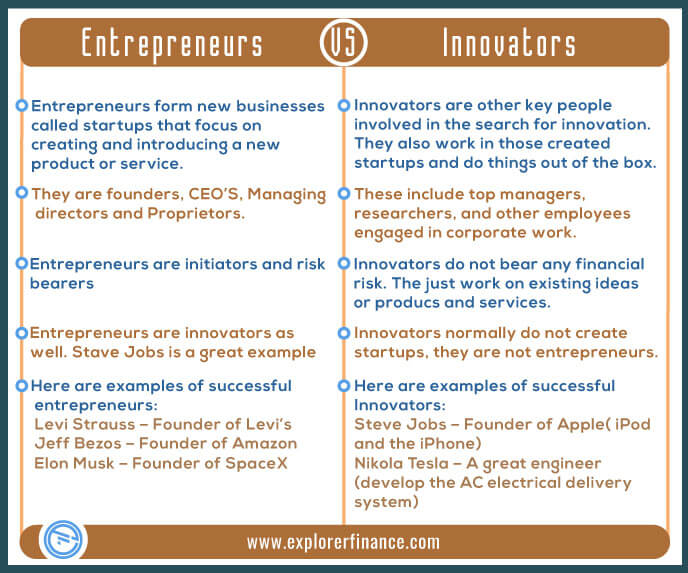 Entrepreneurs and other innovators strive to foresee the future. They play an important role in technological advancement by initiating changes in products and processes. As discussed, both roles are interdependent to each other. Entrepreneurs create startups with some unique ideas in their minds and need innovators who could reform their ideas into reality. On other hand, Innovators do their jobs in those created startups without bearing any financial risk.