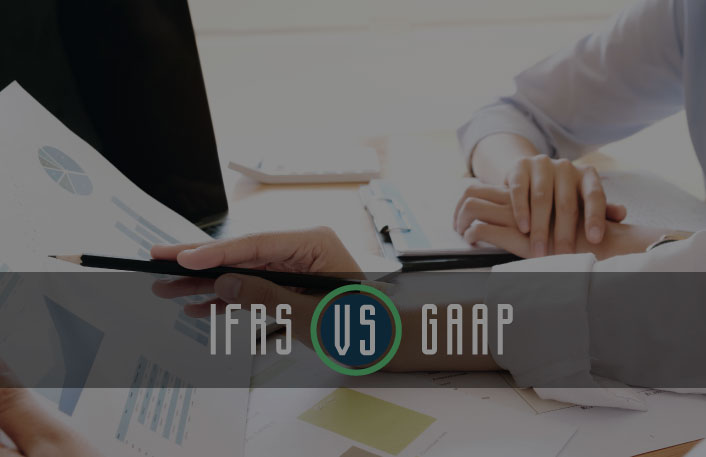 Accounting students and professionals are always keen to learn the differences between the two primary sets of accounting principles and standards. We call them IFRS and GAAP. Let’s proceed to the discussion with an understanding of IFRS VS GAAP.

It depends on whether your business is working in the US or abroad to determine which set of standards to use. While there are many similarities between IFRS and GAAP, still there are several differences that we would discuss in this post.

Differences between IFRS and GAAP

IFRS is adopted globally by more than 120 countries around the world, including the EU and many Asian, and South American countries. On the other hand, GAAP is adopted mostly by US companies, and by some companies in Japan and the rest of the world. GAAP varies from country to country because each country has its own legal and regulatory system. For example, there is a US GAAP, etc

IFRS is principle-based while GAAP tends to be more rules-based. Companies under IFRS follow the principles that require interpretations and analysis to determine how they are to be applied in a given situation. On the other side, Companies under GAAP follow industry-specific rules and guidelines.

IFRS is based more on fair value accounting and less on historical cost. However, companies under GAAP rely more on the historical cost approach than the fair-value approach.

Under IFRS, intangible assets are only recognized when it is certain that the future economic benefit will flow to the entity. However, GAAP recognizes intangible assets at their current fair market value without any additional future considerations.

Companies under IFRS present statement of financial position information under the reverse order of liquidity:

While companies that follow GAAP present the statement of financial position information in the order of liquidity: The reason why LIFO is not used as per IFRS is that it does not display an exact inventory flow and it may also result in artificially low net income.