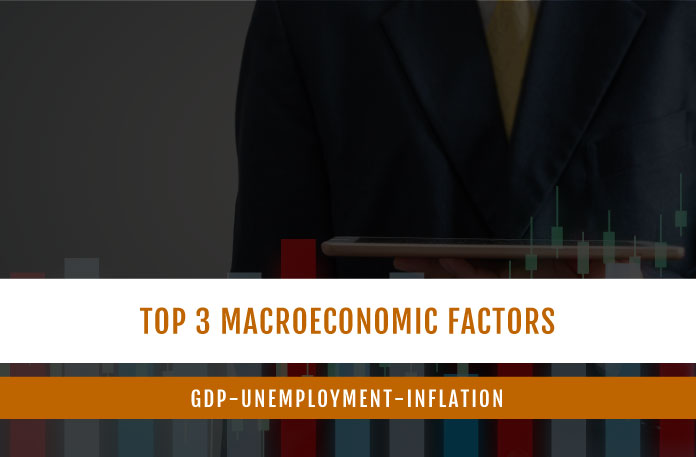 The economy of any country, either good or bad, always depends on multiple macroeconomic factors. In order to understand how economies operate and how their performance could be improved, economists collect the economic data and then make an in-depth analysis to figure out the status of the economy.

When macroeconomists assess the health and development of the economy, they find many factors that could affect the economy, however, the most significant among these are GDP, unemployment, and inflation.

In this article, we will discuss the above three macroeconomic factors and how they affect a regional or national economy.

GDP is the value of final goods and services produced within the borders of a specific country during a specific period, typically a year. This macroeconomic factor is quite useful as it tells us how an economy’s output is growing.

In other words, the GDP is the total output from all the sectors of an economy:

C = Consumption in the economy

I = Investment in the economy

G = Government spending in the economy

X = Exports from the economy

M = Imports into the economy

We can measure GDP in two ways, nominal GDP and real GDP. Nominal GDP is the value of GDP evaluated at current prices in a specific time period, this includes the impact of inflation and is normally higher than the GDP.

Real GDP is an inflation-adjusted value of GDP. It expresses the value of goods and services produced in a country in base-year prices. Since it is an inflation-corrected figure, so it is an accurate indicator of economic growth.

How GDP affects the economy?

The economy could suffer from a recession or slowdown if the GDP growth rate is lower than the above, while the higher rate of growth is also an alarming situation for the economy, it may cause price inflation and more unhealthy consequences.

The unemployment is defined as the state of being without employment and actively searching for work. Unemployment is a waste of resources and can have a high social cost in terms of poverty that might result from it.

Normally, the longer a person is unemployed, the more difficult it is to find jobs. Likewise, more social problems are created by a large number of unemployed people than by a small number.

In the case of unemployment, the economy could experience various macroeconomic problems.

Higher unemployment in the economy reduces the production of goods, consequently it lowers the GDP. This is what we call the opportunity cost of unemployment.

When salaried workers do not earn because of unemployment, they do not pay taxes. As we know tax revenue is the major source of national income for the economy, hence it adversely affects the economy.

Government expenditures increase in case of higher unemployment because the government has to pay out benefits to the unemployed workforce for their support or we can call it unemployment compensation.

Read about Types of Unemployment

Inflation is a continuous or persistent rise in the general level of prices. When inflation occurs, each dollar of income will buy fewer goods and services than before. Inflation reduces the “purchasing power” of money. However, it does not mean that the prices of all goods are rising during inflation. Even during periods of rapid inflation, some prices may be relatively constant and others may even fall.

As a matter of fact, all prices in the economy are set by demand and supply. As a result, when the economy experiences inflation, we need to make an in-depth analysis in terms of supply and demand.

How inflation affects the economy?

Like unemployment, inflation has both micro and macro-level consequences. Inflation is another factor of macroeconomic uncertainty. Inflation can be a bad thing for the economy, particularly if it reaches high or even hyperinflation levels. Different types of inflation are likely to influence the economy in different ways.

The two major inflation impacts are: 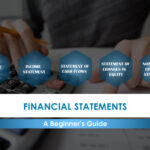 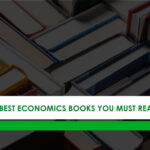 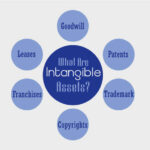 What Are Intangible Assets? A Beginner’s Guide210 Social Shares

Statement Of Cash Flow: Everything You Need To Know208 Social Shares 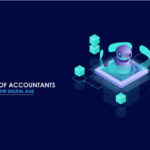