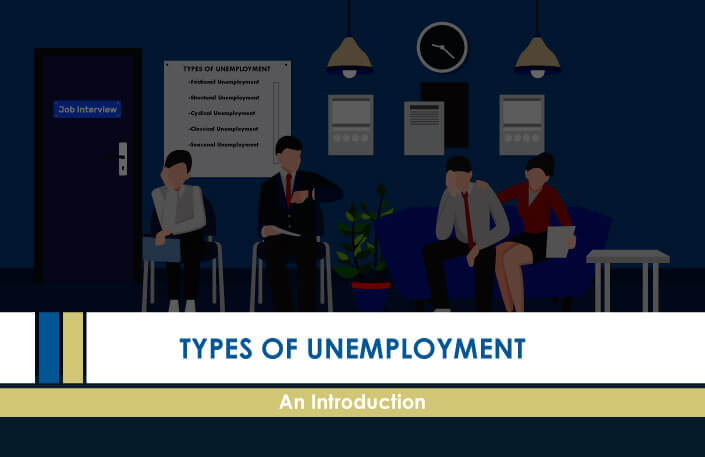 Unemployment is a macroeconomic problem that affects people and the economy as well. It is the most persistent and unmanageable problem of the economy.

Frictional unemployment is a short-term, natural, and inevitable part of the economy. Every time some workers are “searching for jobs” that’s why economists call it search unemployment and natural unemployment.

Structural unemployment results when the composition of the workforce force is not compatible with the new structure of job opportunities.

It happens when there are shifts in the economy that create a mismatch between the existing skills of workers and the skills required by employers.

Why it all happens? Well, changes over time in consumer demand and technology affect the “structure” of total labor demand, both occupationally and geographically.

Workers who find that their skills and experience have become obsolete or do not meet the industry standards, they are structurally unemployed until they adapt or develop their skills as required by the employers.

Among the different types of unemployment in economics, structural unemployment is long-term, natural, and also an inevitable part of the economy.

It typically depends on the ups and downs of business cycles, particularly recession and expansion. That’s what we call cyclical unemployment.

Cyclical unemployment is considered as a serious problem when it occurs. Companies fire workers and stop the hiring process when the economy moves downward and thus unemployment rises at an accelerated rate. Conversely, when business cycles are at their peak, cyclical unemployment will decline, because there is a high demand for labor.

The 25 percent unemployment rate in the depth of the Great Depression in 1933 reflected mainly cyclical unemployment.

Classical unemployment occurs when the real wages for workers in an economy are too high that employers can’t hire all the available workers. It is also known as real wage unemployment or induced unemployment.

Unemployment rises in off-peak season and declines in on-peak season. It is not much harmful as standard unemployment because it is predictable and workers can eventually adjust to other sources of income.